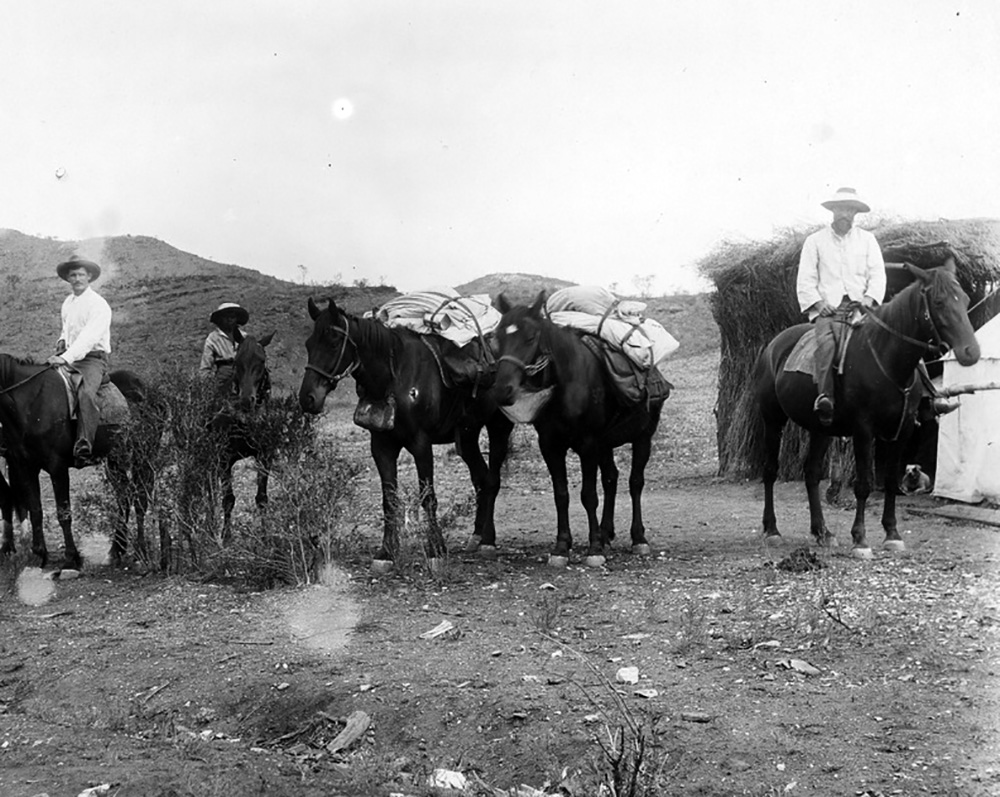 Seven weeks after the flood, two board members of the Lyver Hills Mining Company Limited arrived from London via the Port of Maryborough on thoroughbred horses, escorted by three hired men. By now these newcomers knew much of what had transpired and expected to find very little at the site – certainly not a bustling rush of busy miners, and increasing optimism, for at least three private shafts had located the Prodigal’s thick seam already, and the stamp mill was running from the fairy wrens’ first chatter to the last cackle of the laughing kookaburras.

Will, having ridden to meet the new arrivals with the foreman of the battery, who had been the unofficial manager for all that time, gave them a quick summary of the situation, including the drowning of Johnson and his own disclosure of the rich seam of gold even Sutton hadn’t known about.

‘Incredible,’ breathed one of the two – a true aristocratic type, with an equine nose and erect posture whether sitting or standing. ‘We had come to believe that the place is worthless—that a fraud perpetrated by two rascally brothers had beggared us all. We came out here to close things down and forestall any further costs.’

‘I beg to differ,’ said Will. ‘The joke’s on that barsted Sutton. There’s gold here orright, an’ I can prove it to youse.’

Will took the English gentlemen down the Blue Dog Mine and showed them the gold-laden vein that ran through it. ‘This here leader’s named the Prodigal. We fink it runs on a line from here, an’ through all the company leases you haven’t yet touched. Sam reckons that there’s a ten- or p’raps twenty-year life in the gold within a mile of here. An’ this lease right here is for sale.’

‘Say one thousand pounds – we’ve already extracted a tidy parcel of gold, but me partners an’ I are tired a’ shovel work. We fancy roamin’ for a spell an’ see where the track takes us. A thousand quid will buy us good nags, provisions, and a stake in whatever we might find along the way.’

The three men shook hands, in that confined space underground, and soon afterwards, back at the camp, the Englishmen sent one of their hired men to the shanty at Wilga for a bottle of grog to seal the deal.

By dawn the next morning Will and his crew were already quenching the fire and packing their things, leaving some of the equipment behind.

‘Are you sure you won’t come with me, to the farm?’ Luke asked Lainey. ‘I have to get back. The place will be overrun with weeds and cattle duffers as it is.’

Lainey took his hand. ‘Sorry mate, but I can’t go back there. The traps would be all over me tryin’ to find where Will has got to. Besides, I want to see a little more country. You can’t blame me can ya?’

Luke sat miserably down on a rock, and tears streamed down his face. It was an embarrassing sight, and Little Blue burrowed under his armpit as if to reassure the man that all was not lost. Finally, however, Luke dried his eyes, packed up his things, shook the men by the hand, and kissed Lainey on the cheek. He had his share of the claim sale – two hundred pounds in cash in his pocketbook, and later, one day, there would be a share in the gold buried on the creek flat.

Luke rode south from the Lyver Hills with a downcast look in his eye, knowing for a fact that, like the land they roamed over, Lainey was not to be tamed.

A little after noon, Will, Sam, Jim and Lainey set off with eight riding horses and four packs, having seemed to accumulate gear at a great rate since arriving at the diggings. Together they paused at the top of the western ridge, looking down over on the network of leases, shafts and buildings that made up the Lyver Hills diggings.

‘One day we’ll come back an’ dig up that gold we hid,’ said Will. ‘But ‘til then, I don’t want to see this place again.’

Finally, with Little Blue padding silently alongside the horses, they headed out into the North West and the frontier country that promised new horizons and wild adventure. New smells and different country, where the traps of New South Wales would never find them; and rules and the men who make them were far away.

Up high, far above them, a circling wedge-tail saw the party set off and watched them for a while, for he knew that riders often startled small game from their crouches and hides. With the sun warm but not too hot, and a cooling breeze from the south, it was a perfect day for riding and flying, and looking for a new life.

This was the last chapter of this edition of Will Jones and the Blue Dog. Thanks for reading, hope you had as much fun as I did. More to come in a few months.