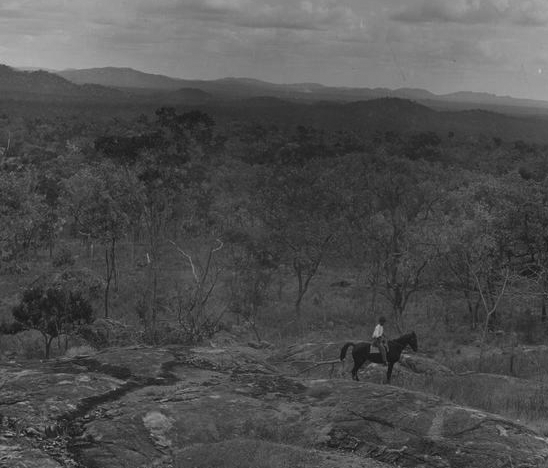 Jim lay on the surface of the track, still surprised and angry at himself for what had just happened. Delving down along his belly he found the stinging hole in the skin of his gut. It was small, more like a tear than a hole, and the sound of the shot indicated a small caliber, maybe even a .22. Moving his now bloody hand around to his back, he found no exit wound. That made sense, for the worst of the pain was deep inside.

Jim raised his head off the gravel, seeing in the light of the rising moon that the other man had reined in at a hundred yards, and turned back to face him—most likely in the process of reloading his Colt. Jim knew that Brodie still wanted that saddle, and now besides, he would seek revenge on Jim for trussing him up and keeping him captive. Jim’s carbine would make Brodie wary, but he might simply wait to see if Jim would die or pass out.

Jim reached down for the Henry repeater, settled into the prone shooting position, and fitted the stock into his shoulder. The post and vee iron sights were hard to see in the night, and it was strange – the hands that could always be relied on to be rock-steady were shaking like those of a man coming off the drink.

In any case, Jim rejected the idea of taking a shot at Brodie now. Apart from the practical issue of hitting his mark, gunning a man down from a distance was murder and he did not want another troop of police on his tail.

Jim looked at the eastern horizon, where the moon was clear of the horizon, and flirting with the trees. Once it passed the canopy it would be as good as daylight. If there were any tricks to be played it had to be now. Brodie, he suspected, had no intention of riding away without finishing Jim off and taking the saddle.

Jim waited for a darker moment when the rising moon was deep behind the thickest scrub, and then he slithered across the track into the bushes near his camp. The more he moved the more he bled, and once or twice he had to stop, doubled over to bring the pain under control. He snatched a look back up the track, and Brodie still didn’t seem to have moved.

Keeping to the scrub, Jim hunted up Cartridge, and found the branch where he had hung the stallion’s tack, fitting bit, bridle and reins while he held his carbine under his arm.

There was also a fully-laden pack and a good horse that would have to be left behind, but Jim raided those supplies and filled his pockets with tobacco, matches, some flour and tea.

The most important thing, Jim decided, was to show Tom Brodie that he was still armed and dangerous. He raised the rifle, leaned against the side of a trunk, and aimed a yard or two above the other man’s head. The report was loud, numbing to the ears, and in Jim’s experience this was louder for a man in front of the firearm.

Tom Brodie’s horse reared, and then, as he gained control, they turned and galloped back down the road. Jim didn’t wait to see how far Tom Brodie went. He staggered into the clearing, leading the horse. He grabbed the saddle, threw it on and buckled the girth. Still holding the Henry carbine, he had one foot in the stirrup when a spasm of pain stopped him cold and he had to lean over, close his eyes, and wait until it eased.

Now he tried again, and he heard a shout from down the track as he settled into the saddle leather. Responding to urgent pressure from Jim’s heels, the stallion sprung into a gallop; getting away down the northwards track in an instant, with Brodie coming hard behind him.

Wounded or not, Jim gave himself a chance – few men could ride like him, and Tom Brodie was heavy – he probably weighed twice as much. No whip on earth can incite a good overloaded horse to beat a good lightly laden one. Jim had a chance as long as he could stop the wound in his gut from bleeding away his strength.