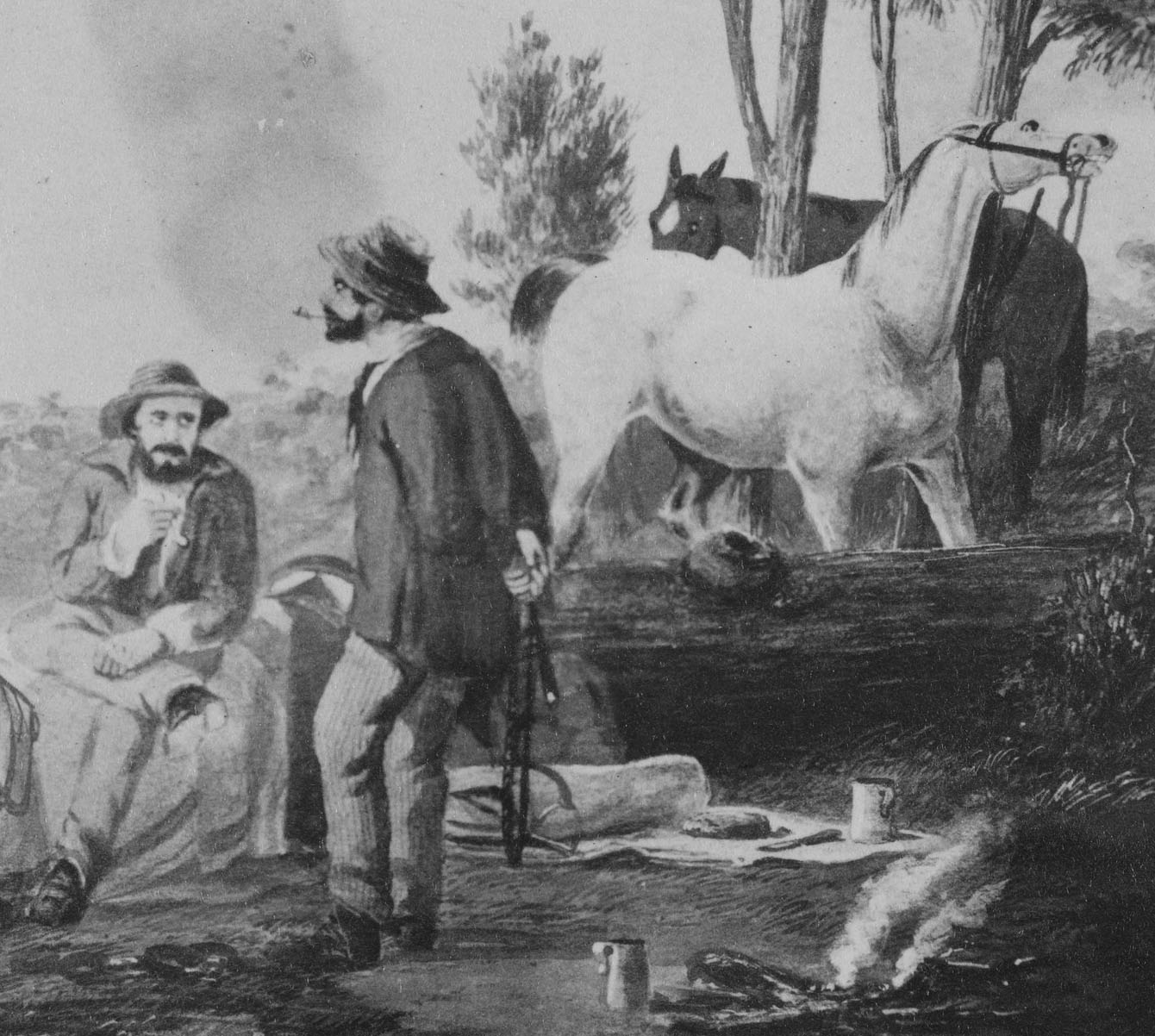 The man with the silk tie walked his horse up close, and his steely eyes never deviated from Will’s, ignoring the revolver that was aimed directly at his gut. He sat ramrod straight in what looked like an English hunting saddle, and the stub of a cigar, unlit, protruded from the corner of his lips.

‘Stop right there, mister,’ said Will. ‘I don’t care who y’are, I’ll ruin yer day if you come any closer.’

At this the silk tie man reined in at last, plucked the cigar from his mouth and inclined his head. ‘Forgive me for following you in the dark, sir, and I can understand your misapprehension. Allow me to introduce myself, my name is Henry Sutton, formerly of London Town. I simply wish to talk to you. That’s all. I’ve got a proposal that you might find interesting, and of great profit to us both.’

‘I don’t like strangers much,’ said Will, still not lowering his weapon, ‘an’ you’re a strange stranger if ever I met one, with yer fancy duds and posh talk.’

‘Give me ten minutes of your time, that’s all. If you don’t like what you hear I’ll ride off and never bother you again.’ Seeing that Will was still hesitating he opened his jacket wide to show that he carried no knife or gun. ‘I am unarmed and bear you no malice. I will be at your mercy.’

Will looked at Lainey, who shrugged and said, ‘Can’t hurt to listen, Will.’

With a final scowl Will holstered the revolver. ‘Alright then, come back to camp, but stay behind me an’ ride slow or ya might cop a bullet from our mates – they’re trigger happy cows and no mistake.’

‘You won’t regret this,’ said the man, and when they set off he was careful to stay behind Lainey and Will, who rode abreast, through a long ride in the dark to the creek-side camp.

As they approached the spot Will called ahead to Sam and Jim, and they came out of the firelight, both armed and on edge. Little Blue trotted beside Jim, and, having seen the visitor, his tail was up high, almost rigid, and his ears lying flat. A low growl emanated from deep in the back on his throat.

‘Boys,’ said Will. ‘This cove ‘ere is called Henry Sutton, an’ he’s keen to tell us about some proposal or other he’s cooked up. I’ve promised him our ears for a bit, then he’ll ride away – he’s unarmed, so no need fer weapons.’

Neither Sam nor Jim looked impressed, but they both helped to sort the horses. It was Little Blue, however, who took the dimmest view of their guest. He sat as far away as he could, while still being within the firelight, and continued to growl softly until Will told him to stop.

Sutton, meanwhile, settled down before the fire with a new cigar burning, while Will lit his pipe and passed a quart pot of tea. Jim and Sam shared one of the bottles of beer Will had brought back, pouring it into frothy mugs and drinking heartily.

For the first little while Will picked the stranger’s brains about the goldfields from Clermont north to Charter’s Towers. He wanted to know how many people were making money, and how many weren’t. He wanted to know the weights of some recent nuggets and areas to avoid. For Sam’s benefit he asked where on the fields they might find Cantonese Chinese – Sam’s own people of whom he was in fear of his life.

For all his posh ways the stranger knew the area well, and had obviously made a close study of other men’s business. He spent much more than the agreed ten minutes – twice that amount of time – in summarising the Central Queensland goldfields – including where the Wardens were located and what they were like.

Finally, Will said, ’So now, what’s this proposal you want to talk to us about?’

‘Well,’ said the stranger, who paused to cough into a handkerchief. ‘Some partners and I have a small mining company of our own, and we’ve recently started working a new field to the north-west of here, in the Lyver Range. We’ve got five claims running there ourselves plus half a dozen independents. We’ve just installed a steam powered battery. I’m looking for more parties to work claims and bring the ore to my plant for crushing.’

Will saw that both Jim and Sam were listening intently, and there was barely a sound but for the crackling of the fire and a distant curlew. ‘Go on,’ he said.

‘The idea is simple. I give you a claim to register in your name – all pegged out and ready to go. You bring your ore to the battery I own, and I process it and pay cash for the gold.’

‘Simply because I’m running my own mines, but I need more diggers in the area to make the machinery pay its way.’

‘Why not just employ more men and work the claims yourself?’

‘Under the terms of the Goldfields Act the Warden has already granted us the maximum number of claims we can work – the original claim plus four more. We could go bigger but we have to jump through a fair number of hoops in order to do so. That’s why I’m looking for people to stake their own claims on the field.’

‘Most of the claims are running three to five ounces to the ton along the seam.’

Fat Sam whistled and grinned, his long-stemmed pipe in his hand.

‘I’ve been looking out for groups like you—new to the area. Hardworking folk keen on a piece of the action but no real capital to speak of.’

Will said nothing. His share of the hundred pounds from the Kyungra Station affair was sewn up in his swag. ‘I’ll tell you what. We’d like to have a look around Miclere and Black Ridge fer a day or two – it’s been a long journey an’ we need to plan our next move. We’ll talk about it, an’ might ride up for a look in a day or two, fair enough?’

‘Very fair indeed,’ Sutton said, and he passed across a pamphlet titled, Miners Wanted. ‘This will give you more information, and there’s a map on the inside.’

‘Here,’ said Will, taking the pamphlet. ‘I’ll get your nag for ya, and thanks for the chin-wag, I learned a lot. Might see you in a day or two an’ we might not. See what ‘appens.’

The stranger smiled and made his farewells to each of them in turn, before mounting up and riding out into the night.

After Henry Sutton rode away he stopped down the road and reached behind him for the tiny derringer pistol that he’d stuck in the back of his waistband. It was getting quite uncomfortable by then. He was pleased that he hadn’t needed to use the weapon. It seemed certain to him that Will Jones and his mates would do what he wanted without any need for violence.