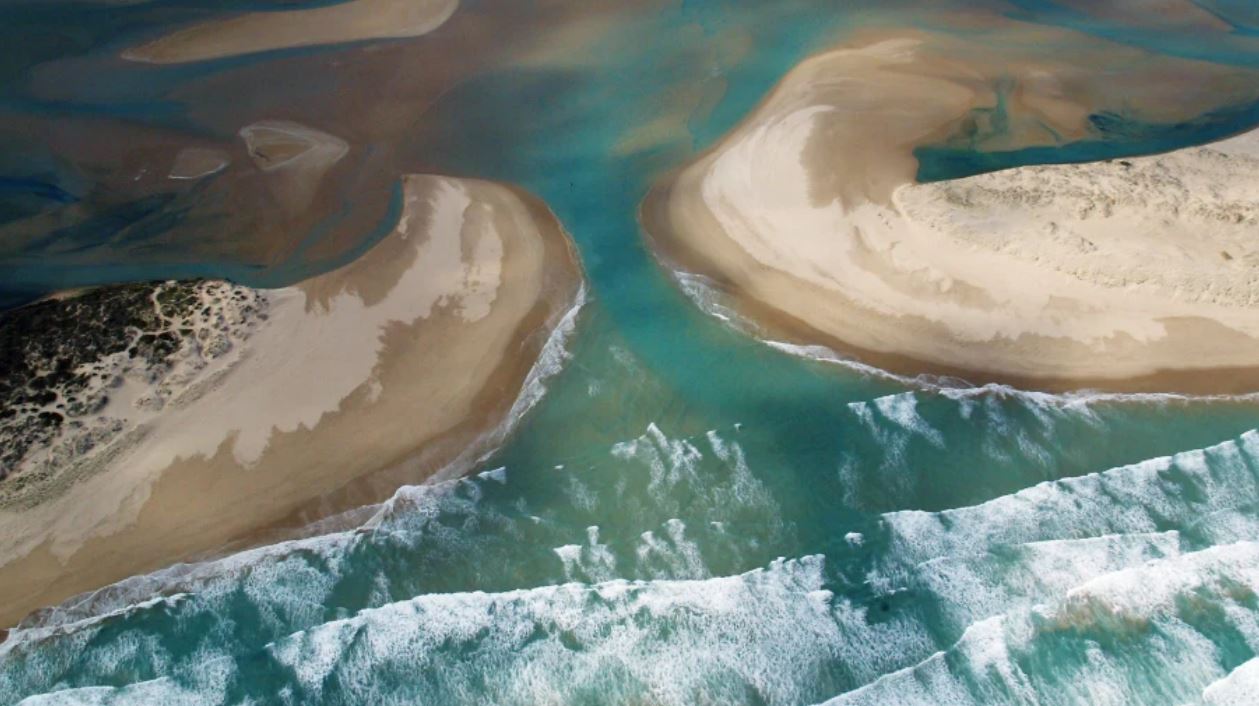 Before me lies almost half a mile of breaking waves, dangerous waters indeed, even for myself who has sailed from the age of fourteen, and conquered river bars all over the world. I am a seaman second to none, but even I feel the cold breath of fear at bringing the Lady Augusta through the Murray River bar, for if she should founder every penny I own will founder with her.

If I shall cross, good things will come my way. Young and his pandering government are in my pocket, and all I have to do is bring this vessel through, then beat that damned William Randell and his brothers to Swan Hill.

‘Stand away,’ I shout from my place at the helm. After twenty-four hours of lying at anchor in five fathoms, waiting for the seas to calm, I will wait no longer, and we circle again, still building steam and power in port and starboard engines.

This Murray River bar of South Australia, is the worst I have seen, and indeed I have been capsized in a small boat here in the past. Today I will overcome. My pride as a seaman, and a Scot, will not allow me to fail here today, though the vessel beneath me is not a sea boat, but a paddle steamer, made for rivers. She is one hundred and five feet from stem to stern, and twelve feet across the beam – yet without the depth of keel to track her straight, and with the windage of her multiple cabins causing her to scud sideways with every gust.

Ahead I see the western and eastern shoals that guard the Murray’s mouth, then the broad gape in between. Much of it is shallows, but the men I landed on a beach inside the estuary some weeks ago have marked a narrow channel through. I can see the buoys now, in between the backs of the rollers crashing in, even as we bear down on the channel.

At the last moment I turn full lock and we bear off out to sea again. One more circuit, hoping for a lull. My heart is hammering. The bar is a graveyard, but I must get through, today, and it must be now, at the full flood of the tide, for during the ebb the bar is impassable.

Finally, is it a lull? I glance behind and the next few swells are indeed a little smaller.  I swing the vessel around, and point her again at the gap.

‘Do we have full steam, Mister Napier,’ I call, addressing the engineer.

‘Then hold hard, we are going through.’

With both engines at full revolutions, I take the Lady Augusta into the channel, feeling that unearthly swoop as the powerful rollers take the ship in their grip. Yet ahead the surf is confused, and a sideways wave smashes us on the starboard beam. My stomach lurches as we ship water: tons of water, the free-surface effect heeling the boat sharply from one side then another. Everything I own is at stake here. Each plank of the Lady Augusta is hocked to the last nail.

Holding the wheel hard a’port the hull straightens, though an increase in speed makes us plough into the back of the wave I am following. The one behind breaks onto the stern, and I hear the shouts of my crew, as I focus on bringing us up and on.

I ease back on the governor – waiting, waiting – then open up again to full speed. We surge onwards, with both paddlewheels thrashing us forward, now finally finding position in clean water between two waves. The key, as every seaman knows, is to choose a wave and match its speed, never allowing its predecessor to catch up, nor to let your vessel reach it.

‘We’re going to make it,’ shouts my chief officer, a Yankee named Copeland, his accent twanging over the sounds of wave and sea, ‘Good going skipper.’

Another wave: another series of swells and breaking white water, and then abruptly we are through and into the relative calm beyond, with Mundoo Island forward and Hindmarsh to port. The crew cheer and raise their hats, someone starts singing Rule Britannia and I let them have their moment, trying not show my own relief.

‘By God Commander,’ says Davidson, clapping his hand on the small of my back. ‘You must have iced water in your veins.’

I turn to him. We have a plethora of captains aboard. Davidson had skippered the Lady Augusta on much of the sea journey from Sydney, and will take over again for the long journey up the river. Edmund Robertson, also on board, will captain the soon-to-be-launched barge Eureka, while I serve as Commander of this fleet of two boats, which will give me sufficient time to ingratiate myself with my passengers and ensure the flow of funds.

‘Enough chatter,’ says I. ‘We shipped water, get those pumps working. You’ll take command as soon as we reach Goolwa.’

‘Very good sir,’ says Davidson and I can tell by the spring in his step that he is pleased at the prospect.