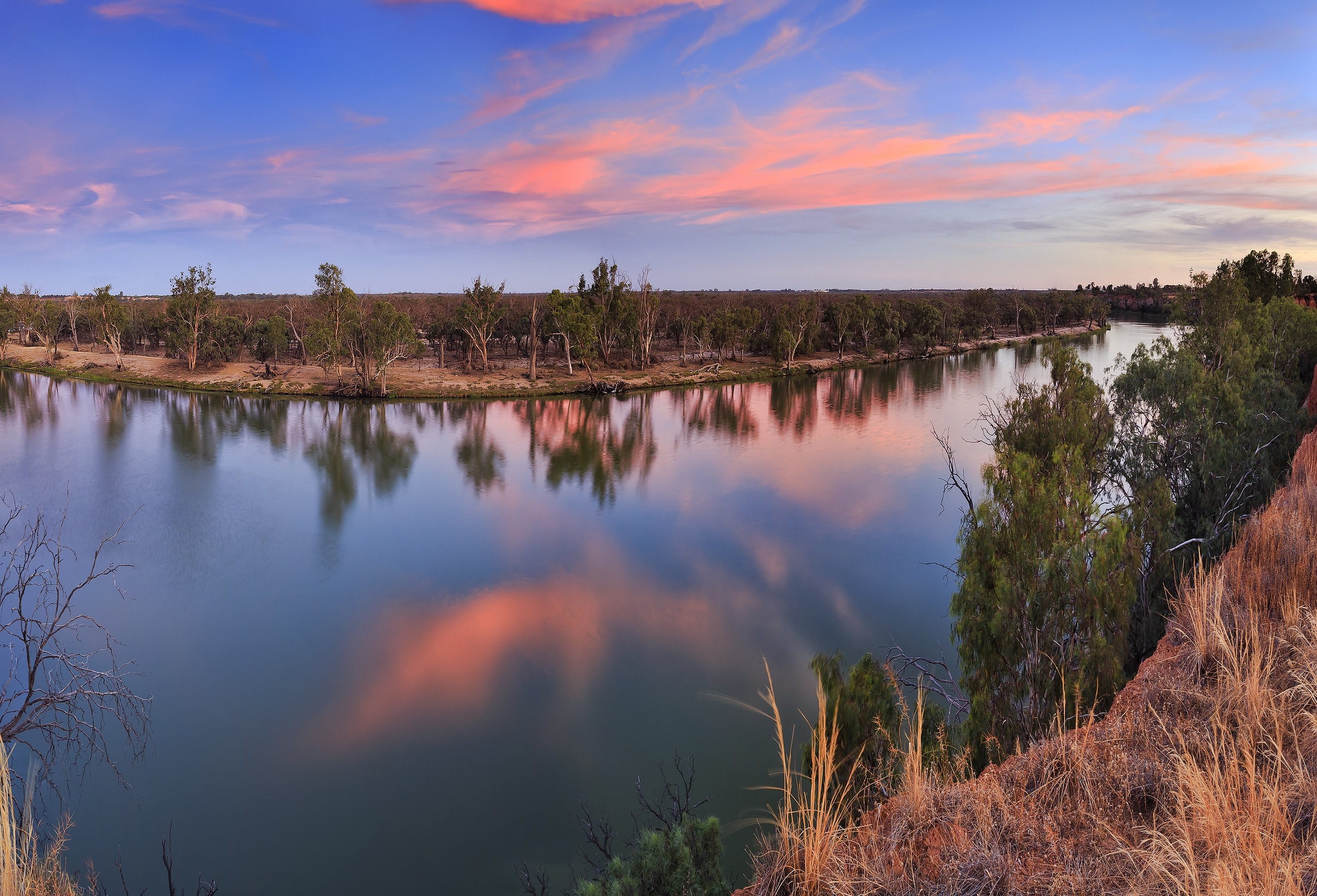 The Murray River, called Dhungala by the Yorta Yorta, and Millewa by the Ngarrindjeri, was once as wild and free as the land over which it flowed. In those days before reservoirs and locks it ran unbroken and unhindered from the Snowy Mountains, meeting other important rivers – the Ovens, Goulburn and Loddon – gathering volume with each junction. It wound through the red gum forests of the Barmah Choke then collected the Murrumbidgee. It ran serenely through vast reed beds near Swan Hill, until it met the Barka – the Darling, winding all the way down from Queensland. This combined river, the mighty Murray in its final form, flowed on into South Australia, around the Big Bend with its towering limestone cliffs, to Lake Alexandrina and a dangerous, shifting ocean bar that had claimed many ships.

In its natural flow, the Murray River had moods and seasons, rising in June from winter rain and snow-melt in the Snowy Mountains, rising in her natural bed until October. From then on, through summer, the river shrank, a pattern broken only by monsoonal or cyclonic rains far up the Darling, sending down floods that spread out over the plains, idling downstream at a speed of ten miles a day.

Powerbrokers and colonial administrators had talked for years of how the river could become a transport artery like the Rhine, Mississippi or the Nile. How bales of the world’s best wool that took three months to cart from remote stations to the city by bullock dray, would do the same in just weeks.

In the year 1851, the South Australian legislature requested funds from the Lords’ Treasurers in London to reward intrepid adventurers prepared to open the river trade. The sum of four thousand pounds was duly approved, and South Australian newspapers proclaimed that the government would pay half this amount to the owners of the ‘First and second iron steamers, of not less than forty horsepower, and not exceeding two feet of draught, that shall navigate from the Goolwa, at least as far as the junction of the Darling, a distance of some 490 miles.’

Scotsman Captain Francis Cadell, always alert to opportunities to increase his power and improve his finances, heard the call. An experienced mariner, having started as a midshipman at the age of fourteen, he was in South Australia as captain and owner of the clipper, Queen of Sheba. Already he was intimate with the governor, and he dined at the finest tables in Adelaide.

The other main player in this drama was less well-travelled but just as interesting. William Randell, at just twenty-nine years of age, was already deeply committed to building a paddle steamer for river trade – his family owned a flour mill at Gumeracha in the Adelaide Hills, and farmland near Mannum. He dreamed of trading up the river in his own vessel.

Partly by chance, and partly by design, in August 1883 two paddle steamers entered into a race for the title of the first steam-powered vessel to navigate the Murray.

William Randell’s Mary Ann was home-made from pit-sawn river red gum logs in the Kenton Valley, Adelaide Hills, and assembled on the banks of the river at Noa-No. The work was done by two bush carpenters and three brothers who had never seen such a vessel in their lives. Her seven-horsepower engine was made by a local engineer, and her boiler by a blacksmith at the family flour mill. When the Mary Ann set out to conquer the river she had a crew of five.

The Lady Augusta was constructed by some of Sydney’s best shipwrights, in a Darling Harbour yard. At just under one hundred feet in length she was twice the length of the Mary Ann with many times the tonnage. She had twin twenty-horsepower steam engines, and had been built with no expense spared. She set off with forty on board, including the governor of South Australia and his wife.

There is no doubt that Randell wanted to get to the Darling junction first. Prize or no prize, he wanted to beat the intrepid sea captain with all his backers and their money, in his game little home-made steamship.

This is the first chapter in a new serial story, with new instalments every week. Continued next Sunday