The boy loved being there on the Flora River, where calcium-rich water flowed from distant underground springs, forming a green channel that never stopped flowing. Upstream from the junction the waters cascaded over raft-walls of skeletonised logs, boiling into pools and churning through rapids.

There were wild blacks around. Blind Joe went to warn them that some horsemen were coming. These white men, he said, were not interested in staying, but were heading west to hunt for precious rocks, and should not pose a threat.

After this initial contact, the wild ones kept clear. After all, these newcomers were such a different mob, with white-men’s clothing, horses and gear. They were from all over the north. Some of the women had ridden with their men from the Queensland coast. Some wore crosses on chains around their necks and kneeled to a white man’s god.

On the second day, the young men killed five ducks. Unplucked and bloody, the birds were roasted on the coals. Still-kicking cherapin, with their long, pincered claws, along with mussels and water lily tubers, rounded out the feast. The boy ate every scrap he was given, picking clean bone and shell alike.

When the food was all gone, most of the party settled down to sleep, soon woken by the sound of a horseman coming in fast. The Thirteen were expected that day, so at first no one was alarmed. Then Blind Joe grew wary. He ran for the horses.

‘Hide,’ he shouted. But it was too late.

Maori Reid, mounted on his horse, charged into the camp, carrying a carbine one handed. The boy remembered and feared the dark-bearded rider. One of the women realised the danger and tried to grab the youngster.

The carbine barked, belching black smoke and fire. The woman’s chest tore open and she fell to the ground.

The boy tried to run, but Reid scooped him up, near-wrenching his arm from his shoulder, then dragged him into the saddle. The boy screamed, but the sound of gunfire had scattered the others. Those who managed to fetch spears and stand could not throw for fear of hitting the boy.

Reid smelled of tobacco, sweat and rum. His arms held the boy like iron straps as he doubled back to where the Ragged Thirteen’s treasured plant had been left to graze and rest.

Blind Joe was by then saddled and mounted, galloping off as Maori Reid opened the action of his rifle and inserted a fresh cartridge. Blind Joe reached the trees, whipping the horse with the flat of his hand. The heavy bullet took down branches and leaves not far from his head.

Maori did not bother to chase, instead removing a coil of rope that had been lashed to his saddle Ds. This proved to be made up of half a dozen individual lengths, each about fourteen feet long.

The first length he used to bind the boy: his hands, then his neck, the loose end tied to the saddle. This done, he hunted up four of the Ragged Thirteen’s finest horses, and haltered each, ponying them together in a string. It was neatly done, without fuss, at least as fast, the boy reckoned, as Tom Nugent might have managed.

‘You’re mine now,’ growled Maori Reid. ‘An’ we’re gunna ride like mad bastards. If you try to escape, I’ll cut your throat.’

It was a difficult path, but Maori Reid did not slow the pace. Branches whipped past at face level in the riverine scrub. It was obvious to the boy that Maori was doing his best to confuse the spoor. He never rode past a shelf of bare rock, taking the horses out where the marks of their hooves would be hard to see, and where the exit points would have to be painstakingly discovered. Yet Blind Joe, the boy knew, would follow. Joe was not blind at all, but had the keenest eyesight of any living man. The name was some kind of joke that the men of the Ragged Thirteen found amusing.

The boy remembered the stone knife, wrapped in rags in his pocket. It comforted him, though with his hands tied, it was impossible to retrieve it. Later, perhaps, he would have his chance.

Maori Reid rode fast, just as he had promised, stopping only to sweep their tracks or change horses. They rode through rain squalls twice, and afterwards the humidity increased so that their clothes and skins were wet from sweat and rain combined. For the boy, that afternoon was a torment. The rain, he knew, would make the work of following them much more difficult.

Just before dark they crossed the Daly, then made camp on a beach of white sand and red pebbles. A fire of driftwood was soon burning, with the river streaming past in a narrow channel.

‘We make some grub and curl up for an hour or two,’ Maori Reid growled. ‘I won’t take no chances with you running off.’ He transferred the loose end of the boy’s rope from the saddle to a paperbark branch, then cooked johnny-cakes on the coals. He threw a hunk to the boy, who held out his hands to indicate that he could not eat with them tied.

Maori released the knots that bound the boy’s wrists. ‘You used to be Tom Nugent’s but now you’re mine. I’ll train you up to work, and work you will. The sooner you look me in the eye and call me boss the sooner I’ll cut you loose and let you ride your own horse.’

After they had eaten, Maori tied the boy’s wrists again, tighter than before. ‘Now sleep,’ he said.

After a while, when Maori’s chest was rising and falling evenly, the boy started working at the ropes on his wrists. The knots held fast. It was impossible to move them. But when Maori woke and went out to catch the horses, he again loosened the bonds.

‘You’ll ride easier with the use of your hands. See? I ain’t as bad a bastard as everyone thinks.’ 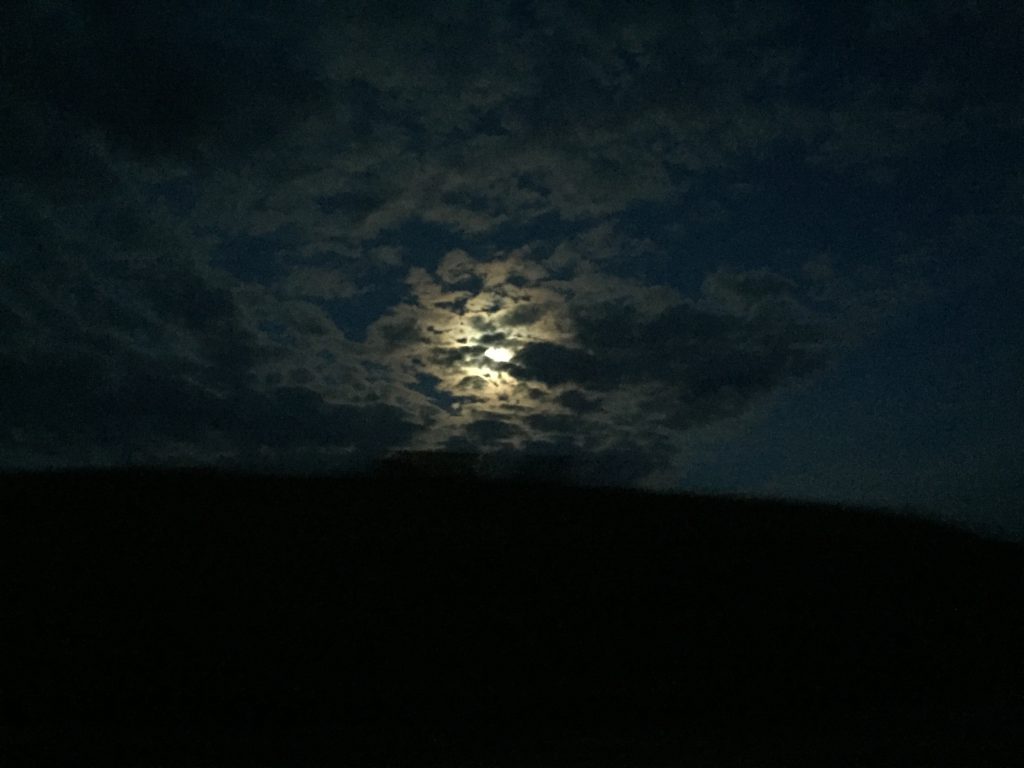 Back on horseback under a glowing moon, the boy saw a dark bank of cloud, blowing out from the horizon, blotting out stars as it came. They were in thick scrub. The moon disappeared behind the cloud. Then came the darkness.

The boy dug in his rags for the stone knife, and with every ounce of strength he possessed, he drove it deep into Maori’s thigh, plucking it out for another blow. Reid cried out like a bird. Pain-strengthened hands clutched and fumbled for the boy and his knife.

As slippery as a catfish, the boy used the weight of his own body, falling purposely from the saddle, over the near-side of the horse. He slipped free from Maori Reid’s grasp. He hit the ground, rose to a crouch, then used the stone knife to hack at the rope that still bound him by the neck to the saddle. Free at last, he started to run.