With the supply of rifle cartridges replenished, Tom turned his thoughts to the revolvers, or ‘squirts’ they all carried. These were, in the main, cap and ball weapons such as Tom’s own Colt Navy.

Aware that they had just a handful of .36 calibre balls left, Tom set about casting new ones. He rummaged through the packsaddles for some folded lead sheet he had borrowed from a church roof in Southern Queensland. He added this to a saucepan, setting it on the coals of a fire made from black wattle sticks – the hottest burning timber around – most often used for heating branding irons. He worked his hat mechanically, like a bellows, and slowly the lead began to melt into a sluggish grey pool.

At this stage he stirred in a spoonful of flux from a tin, and scooped off the dross from the surface. The moulds had handles like pliers, with a spherical cavity at the other end. Working over a flat rock with a steel funnel, he poured the first one full, leaving it to cool while he made a second. The first ball was then ready to drop into a quart pot of water, tinkling against metal as it reached the bottom.

Each ball then needed any protrusions filed off, and Tom liked to finish with a glasspaper rub, until they were perfectly round and shiny, satisfactorily heavy. He had more than twenty new balls done when Blind Joe came over, holding the hand of the boy Tom had brought up from Borroloola.

‘What’s up?’ Tom asked. ‘I told you to clear out and meet us up the Flora Junction.’

‘I’m gonna boss, but this young feller says he don’t want to leave you.’

Tom sat down on one knee, and cupped the boy’s chin. ‘You get going with Blind Joe, for your own good. Things are going to get lively around Katherine town tonight, and I want you safe. Orright?’

‘Blind Joe’s takin’ you to a fine camping place. We’ll tarry a few days there and have a grand old time.’

Tom watched Blind Joe lead the boy away, letting out a long sigh, relieved that seemed to be preparing to join the crew heading west. 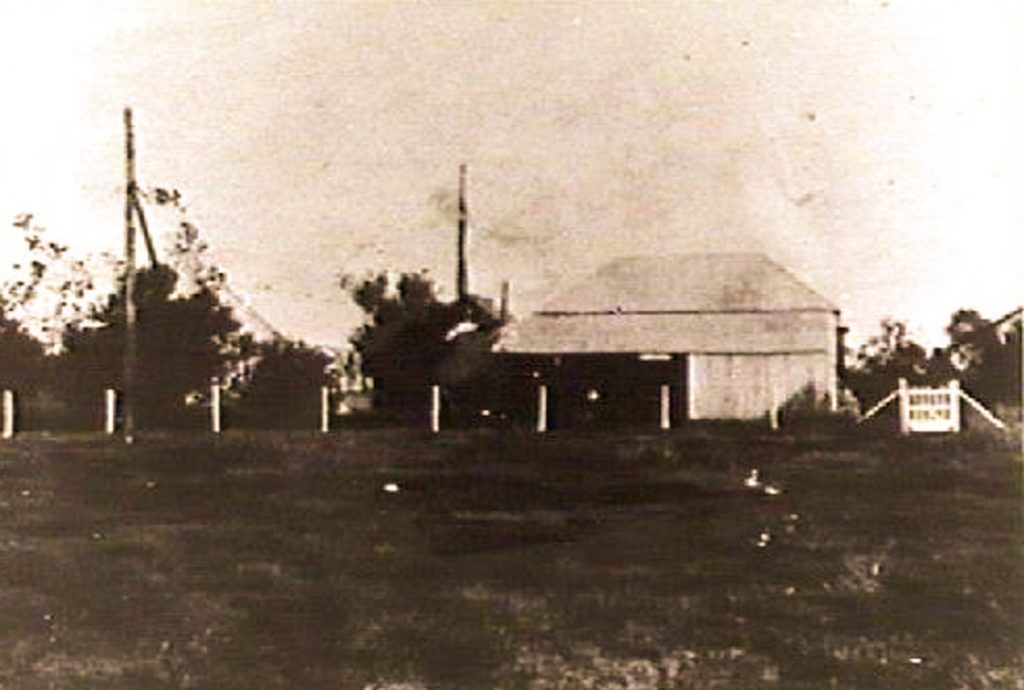 Meanwhile, Searcy and O’Donahue were riding hell-for-leather towards the town. They passed a drovers’ camp on the southern bank, with half a dozen stockmen keeping a big mob of bullocks boxed in, but Alfred just waved his hat in greeting and rode on. There was something about their arrival in relative civilisation that made him worry that maybe Inspector Foelsche might not be happy with them retracing their steps. It made him conscious that he was on borrowed time.

Crossing the river at Knott’s Crossing the sun was an orange fireball that played on the river surface with reflections of the green flushed banks, while the horses churned through. Both men let their mounts pause to drink in the shallows on the other side before reefing their heads up and moving on, climbing the far bank, passing a noisy group of travellers bathing, skylarking and drinking rum. A little further downstream was a bucket chain of Chinese, no doubt carrying water for a vegetable patch on the high bank.

‘This place is going to the dogs,’ said Alfred as they entered the township. Most of the population appeared to be on the pub verandah, and there were catcalls from lower types as they recognised the uniform. Dusty urchins glared avariciously as they passed.

‘Pity t’ere are so many low-lifes here,’ mused O’Donahue. ‘A glass of ale’d sit well on my palate this evening.’

‘I agree wholeheartedly,’ said Alfred. ‘But I fancy we have more important things on our plate.’

They found the police station deserted, with a note on the door. This was the only part of the structure made of sawn timber. The rest was of split slabs of ironwood, and the roof of casuarina shingles.

The note was rendered in quill and ink, already a little faded; ‘Gorn west on patrol. Any disterbance should be reported to Barney Murphy who will telegraf Parmerston.’

‘We’d better report in to headquarters directly, then,’ said Alfred. And at the telegraph office, he penned a short communication, with O’Donahue looking over his shoulder all the while. In the end, after numerous crossings-out they came up with.

Pushing his way to the front of the line, citing ‘official business.’ Alfred watched the telegraph operator tap out the message. Then, they had scarcely mounted up again, when the operator hurried out with a reply.

‘Constable Searcy, this just come back for you.’

Alfred took the note and read it, frowning.

EXTREMELY DISAPPOINTED YOU HAVE IGNORED ORDERS AND NOT YET ARRIVED BORROLOOLA, REPORTS OF MAJOR UNREST IN TOWNSHIP STOP ORDER YOU RIDE IMMEDIATELY REPEAT IMMEDIATELY FOR THE MACARTHUR STOP INSPECTOR FOELSCHE ENDS

Searcy looked at O’Donahue. ‘Even he wouldn’t expect us to ride tonight, would he?’

‘He sounds shirty, but I wouldn’t reckon on it.’

‘We’ve got one night to nail the Ragged Thirteen. We have to take it.’

‘I was counting on the local men being here. Can we take them with just two of us?’ O’Donahue asked.

‘Well, we bested them on the Roper.’

‘That weren’t quite the entire gang, and they weren’t in the process of a robbery. They will have firearms.’

Alfred drew him up to his full height. ‘I did not come all this way to ride away again with my tail between my legs. We will wait for those rascals and apprehend them in the act of robbing Cashman’s store.’

O’Donahue patted his belly as if stoking a fire there, ‘Of course we will.’

Back at camp, Jimmy Woodforde and New England Jack had just returned from a trip into town, riding with the reins in one hand, and a demijohn of rum in the other. They were not the only ones keen to warm up with the fiery liquid.

‘I’ll be damned if I rob a store sober,’ said Jimmy, his hair and eyes wild. ‘It’ll be twice as much of a lark fully charged.’

Sandy Myrtle wasn’t so sure. ‘Maybe you should ask Tom. We voted him as leader, remember?’

Jimmy paused with his mug in one hand, and jug in the other, then called across to Tom, who was rubbing his new lead balls, one by one, with glasspaper. ‘You don’t mind if we down a few belts of the good stuff, do you Tom?’

Tom shook his head sagely. ‘So long as you can sit on a horse and don’t do anything stupid, go for your life. I might even enjoy a nip or two myself before we ride out.’

Jimmy let rip a whoop and touched mugs with New England Jack. Upending these vessels they drained them fast, with a few drops dripping down off their moustaches.

‘Here’s to tonight,’ cried Jimmy. ‘And the most daring gang in the land since Ned Kelly and his mates fell at Glenrowan.’