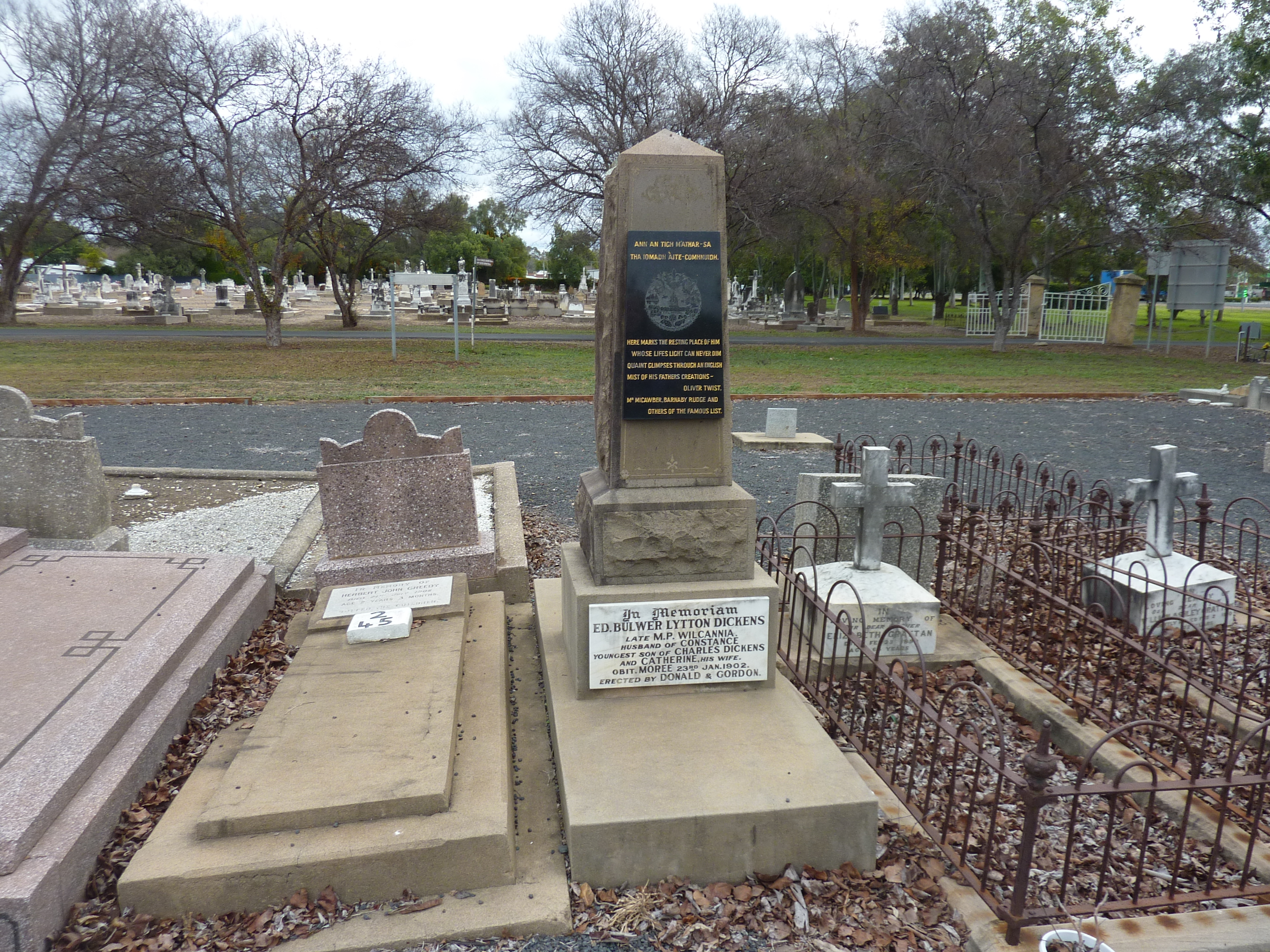 Not many people know that the youngest son of one of the great English novelists, Charles Dickens, lies at rest in the cemetery of an Australian outback town.

Edward Dickens was encouraged by his father to migrate to Australia, where he took to farm and station life as if he was born to it. He became manager of Momba Station near Wilcannia and married a local girl. In and out of financial trouble for much of his life, he had an interest in several “runs”, and became an alderman on the Bourke Shire Council, a booming region in the day.

Stints as a land and rabbit inspector led to a long period of ill-health and unemployment. He died in Moree in 1902, aged just fifty. His gravestone still stands in the cemetery there.