I’m curious whether anyone who read this story when it was originally posted, and who has also read Whistler’s Bones, noticed the reference on page 75 to Catherine Coleman. Charlie Gaunt and Catherine must surely have met when the Durack droving teams passed through Forest Grove in 1883.

Catherine Cecilia Coleman wasn’t famous, but was typical of a generation of Australian settlers. She was born in Maitland, NSW in 1856, eldest of ten children. She married in 1871, at the age of 15, and had the first of her own children a couple of years later.

Her husband, John Douglas Coleman, was determined to make his mark in business, and in 1887 the young family packed up and moved north. Their new home would be the land of opportunity, Western Queensland, a wilderness only just then being opened up to cattle and sheep.

Arriving at Whittown (Isisford), near Longreach, the Barcoo River had broken its banks and was in full flood. Catherine’s quick-thinking brother Dan placed the young Catherine and her children in a large draper’s packing case and towed them across on a rope.

John moved them further west to the fledgling town of Forest Grove (Arrilalah), a natural stop for drovers and teamsters making their way up the Thomson River.

At Forest Grove John and Catherine built the mud-brick Club Hotel and a store, operating both for many years with the help of the resourceful Dan. The babies kept coming, and Catherine gave birth to ten children overall while mobs of cattle and sheep came up along the river bed, and dusty men in felt hats rode in to slake their thirst. Picnic races, held every few months, brought a colourful crowd of riders, punters and revellers in from stations and nearby towns. 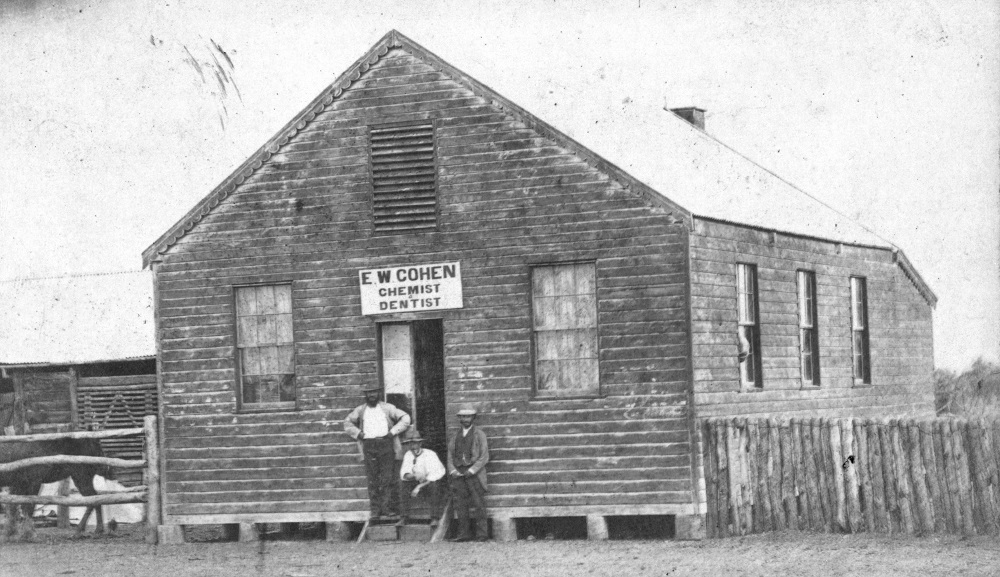 Then, in September 1888, the dream ended. John fell ill, and did not recover. He died on the 26th of September, and was buried up behind the pub.

Catherine sold up and moved to Isisford, where she lived for 66 years. Her brother Dan also remained in the district. Even in her eighties Catherine was still slim and active, and could apparently read without glasses.

There is nothing left of the once thriving town of Arrilalah now but ruins, some signage placed by the Longreach Historical Society, and one gravestone. 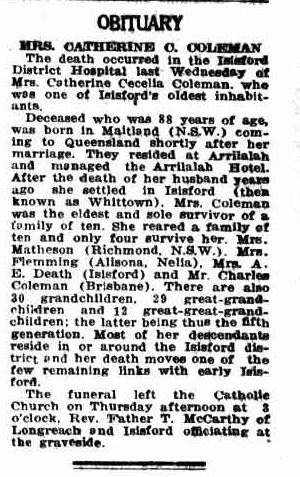 This story also appears in the book: Galloping Jones and Other True Stories from Australia’s History. Read more about it here.