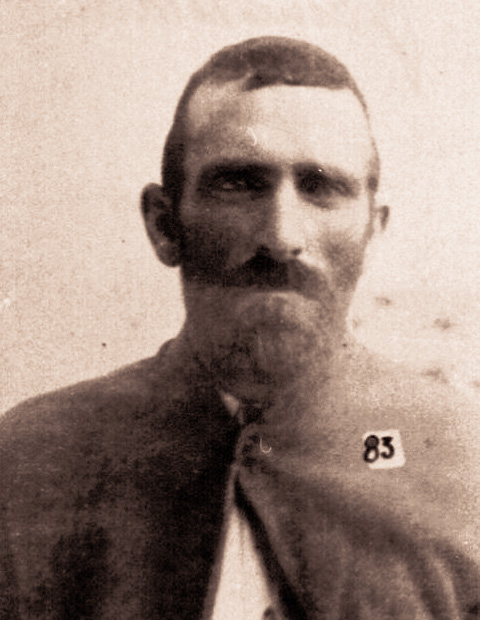 James Martin was working as a boundary rider when he first got his hands on a copy of Karl Marx’s Communist Manifesto.  He was thunderstruck by the possibilities. He carried the book everywhere while he absorbed every word. He then moved on to other socialist writers such as Bellamy and Nordeau.

A dream was born, to make Australia a worker’s republic, owned by the people.

In 1891, while shearing shed after shearing shed was burned to the ground by rampaging shearers, Martin hurried from town to town, enlisting recruits and trying to convince strike breakers to change sides. In Barcaldine he addressed a crowd where he announced that it was time to move against the Queen, who he referred to as “Old Mother Brown.”

“What we want is a revolution and a republic,” he said. “If the amalgamated miners are prepared to back us, we are prepared to take the colony. I have a petition in my swag for electoral reform, but the only petition I believe in is 10,000 resolute bushmen behind 10,000 shear blades.” His numbers were not inflated. 8000 strikers were living in at least forty camps across Queensland, and thousands more were living independently or at home.

Almost as furious about Martin’s disrespect to the Queen as his threat to conquer Queensland, a team of policemen were soon on the trail of the man now known as James “Shearblade” Martin. On the day of his arrest he was carrying a revolver and seventy cartridges. This fact did not impress the judge. He was sentenced to two years in prison for sedition, and taken to the dreaded St Helena Island, off the mouth of the Brisbane River. Known variously as “the hell hole of the Pacific” and “Queensland’s Inferno,” Martin served two years in that gaol, suffering mercilessly under the lash and terrible conditions.

Released at the end of his sentence, Martin turned up in Charleville, taking control of the Australian Workers Union there, just in time for the next round of the Shearer’s Wars in 1894. He marched a small army to Winton, where the strike action was centred. Terrorising and converting scab labour was the number one activity, and Martin was involved in the burning of at least three woolsheds.

This was harsh, but bear in mind that the pastoralists had again banded together to set shearers’ pay below what was considered a living wage. These men were fighting for the right of their families to eat.

For the burning of the Ayrshire Downs woolshed Martin was ultimately charged with arson and sentenced to fifteen years at hard labour. They transported him on a steamer, padlocked to his bunk, to Townsville’s Stewart Creek Gaol, where he was placed in solitary confinement, in tropical heat, for three months. Later that year he was taken back to Brisbane’s Boggo Road, and ultimately to his old prison at Saint Helena Island, where he worked, for a time, as librarian, bootmaker, and cook.

Petitioned for early release, by members of the original jury, and 1500 members of the public, Martin and his co-accused served only four and a half years.

That was the end of James Martin’s dreams of a workers’ state in Australia. After his release he went to join the revolution in Paraguay, where his side had much better success than they did in Australia.

Learn more about the book: Galloping Jones and other True Stories from Australia’s History by Greg Barron.